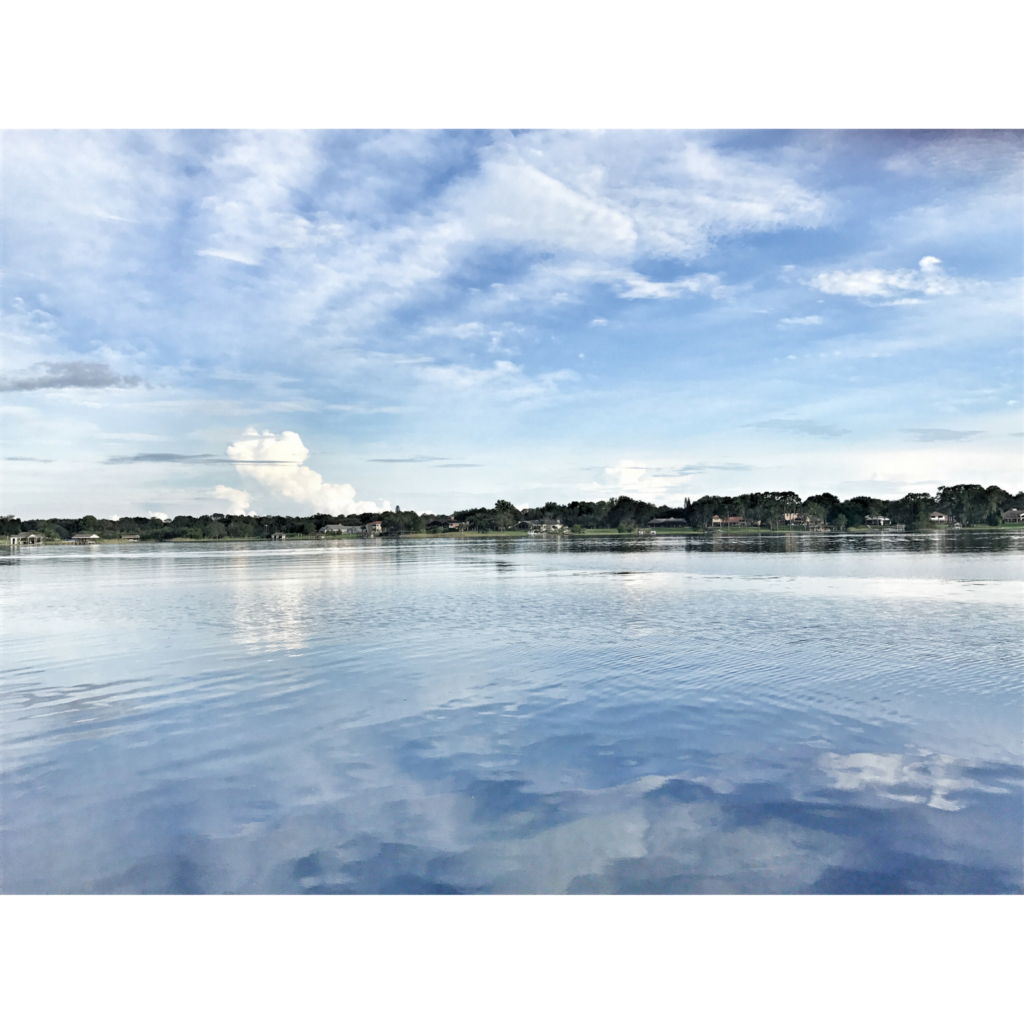 I absolutely love Florida! Although I was born in the Bronx, New York, I have lived in Florida since I’m five years old. I started Kindergarten in Florida, went to college in Florida, met my husband in Florida and had our son in Florida. At this point I would consider myself a true Floridian 🙂

Being a Floridian, although AMAZING 95% of the time, comes with one really scary downfall…HURRICANES.

Hurricane season lasts from the beginning of June to the end of November. Being in Florida for 30 years, I can tell you that some years are very calm in terms of hurricanes and others are truly ridiculous with one storm after another making it’s way through the Sunshine State. Back in 1992, Hurricane Andrew hit South Florida. I grew up in South Florida so I actually “lived” through that storm. It was a category 5 hurricane with winds reaching 175 mph. We were very lucky in terms of damage in our exact location but parts of Miami were literally flattened. It was the biggest storm to ever hit Florida until now…

Hurricane Irma is making it’s way towards Florida as a category 5 storm reaching speeds over 185 mph. This storm is one of biggest EVER in history. Currently, South Florida seems like they are going to be hit dead on by Irma. We are no longer in that area, thank God, but are still not in the clear. We are awaiting to find out where the storm is going to go. That’s the thing about hurricanes. They are extremely unpredictable. All we can do is prepare ourselves for the worst and hope for the best.

Living on the lake comes with its own hazards. The things we love about living on the lake are the very things that put us in more danger. We worry about the fact that the entire back of our house are windows floor to ceiling, we worry that the lake will overflow and flood into our home, and we worry about our pontoon staying put and not floating away.

Patrick was off yesterday so we decide to take the pontoon out for a bit before we secured that bad boy down like Fort Knox for the hurricane. Here’s the thing, right before and after a hurricane the weather is normally glorious! It’s like Mother Nature is playing this dirty little trick on you. Not nice, Mother Nature!

Look at Zach enjoying the view. Isn’t it beautiful? 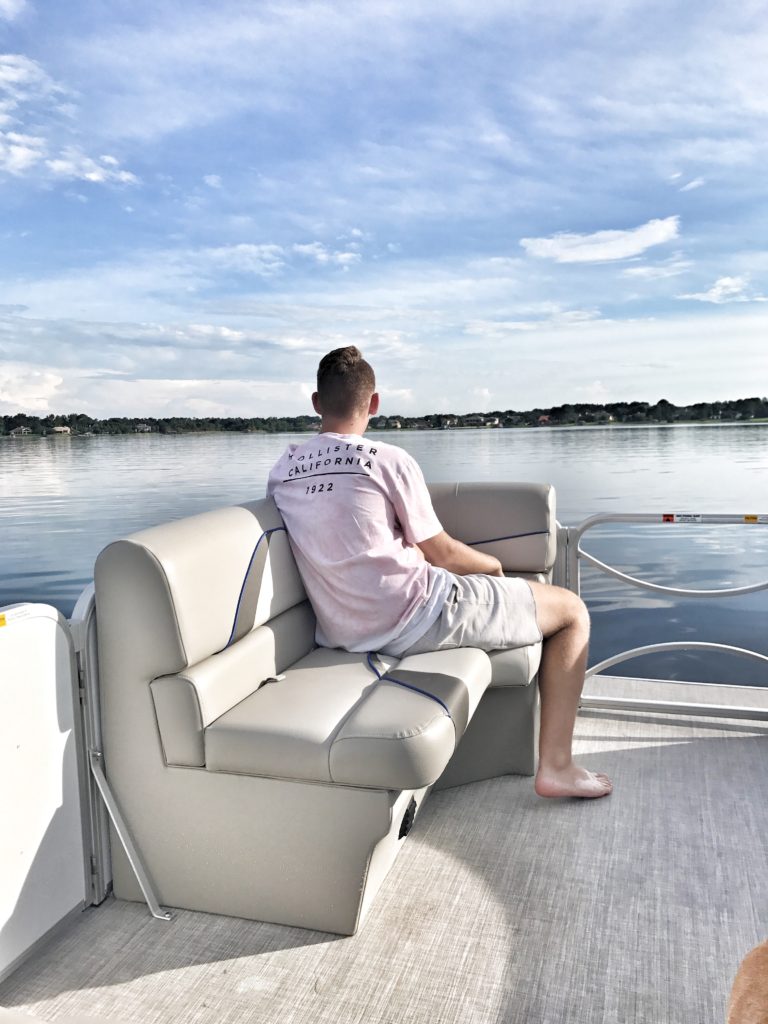 After we do a lap or two around the lake we usually settle down to fish. Sometimes I fish but most of the time I’m just waiting for Zach or Patrick to catch a fish. I’m usually the one who grabs the net to pull the fish up or the one who holds the fishing pole when they’re trying to get the fish off the hook. Another words, I don’t just sit on my butt and do nothing! I do my part 🙂

In my previous post, How Living On The Lake Has Changed My Life, I mentioned how our dog, Luckie absolutely loves to fish. As soon as someone casts their pole, she is literally jumping on the seats waiting patiently (or not so patiently) for a fish to be caught. She actually lunged over the edge one time going for a fish! Luckie isn’t much of a water dog so she learned her lesson quickly and is much more careful now.

Here are “my babies” waiting for something to bite on their line. 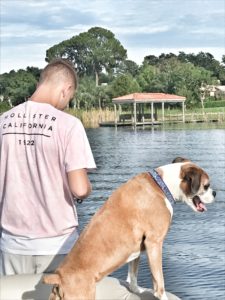 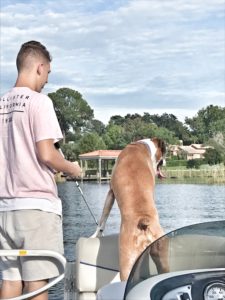 Luckie got bored on that side of the pontoon so she decided to look for fish in a different spot. 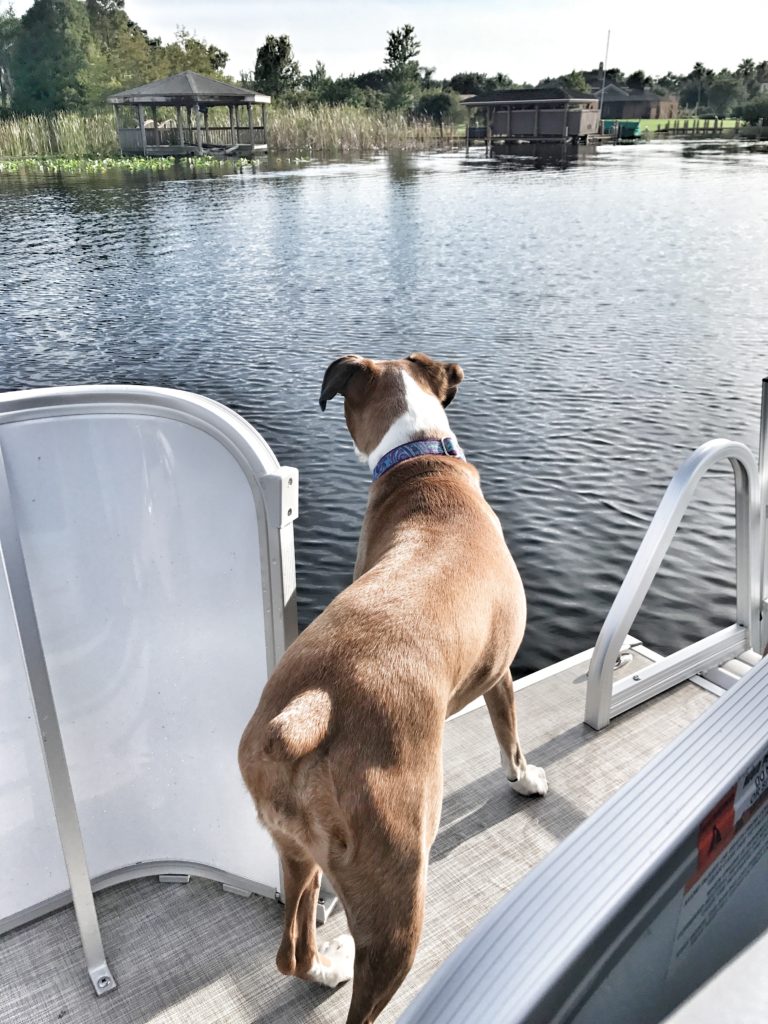 Here we go! Zach got one. It looks like it’s going to be a big one. 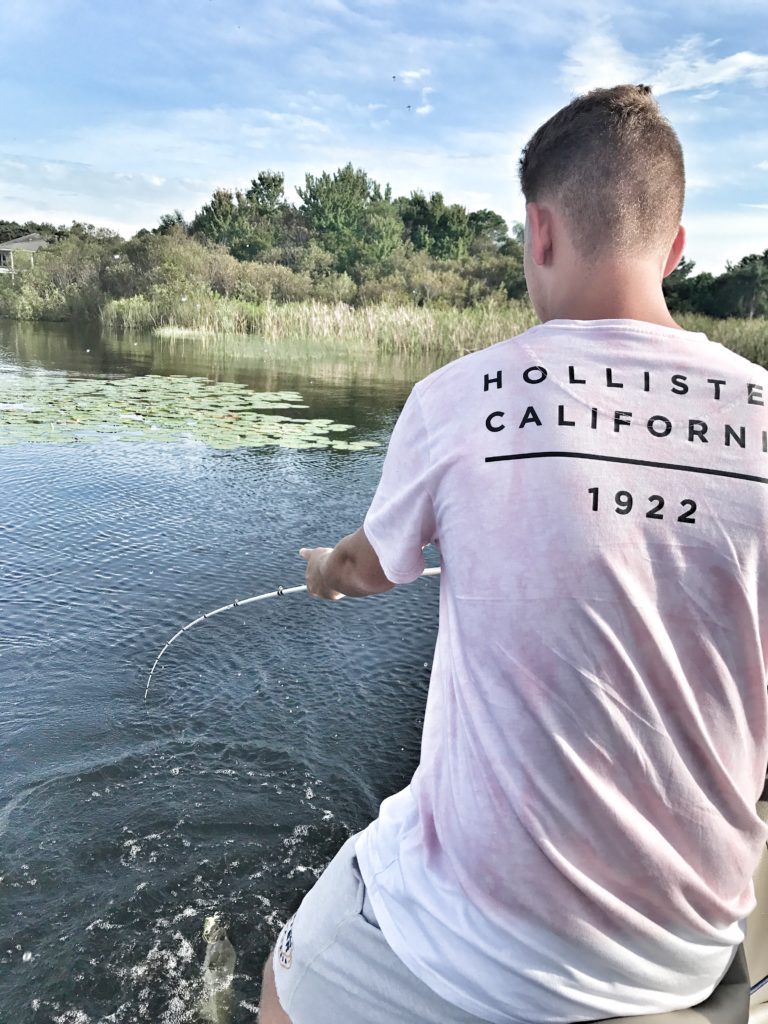 Yep, it’s a nice size one. You can tell by the laugh on Zach’s face. Patrick got to hold the net this time because I was taking the picture. 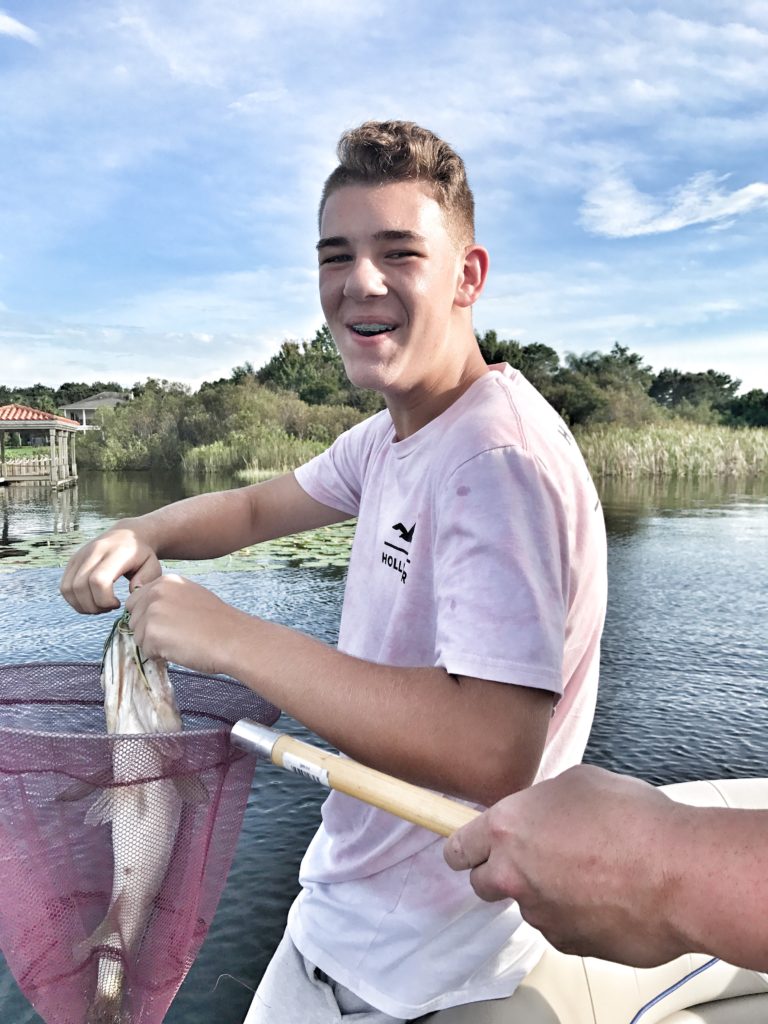 And look who’s right next to the fish….Luckie girl! 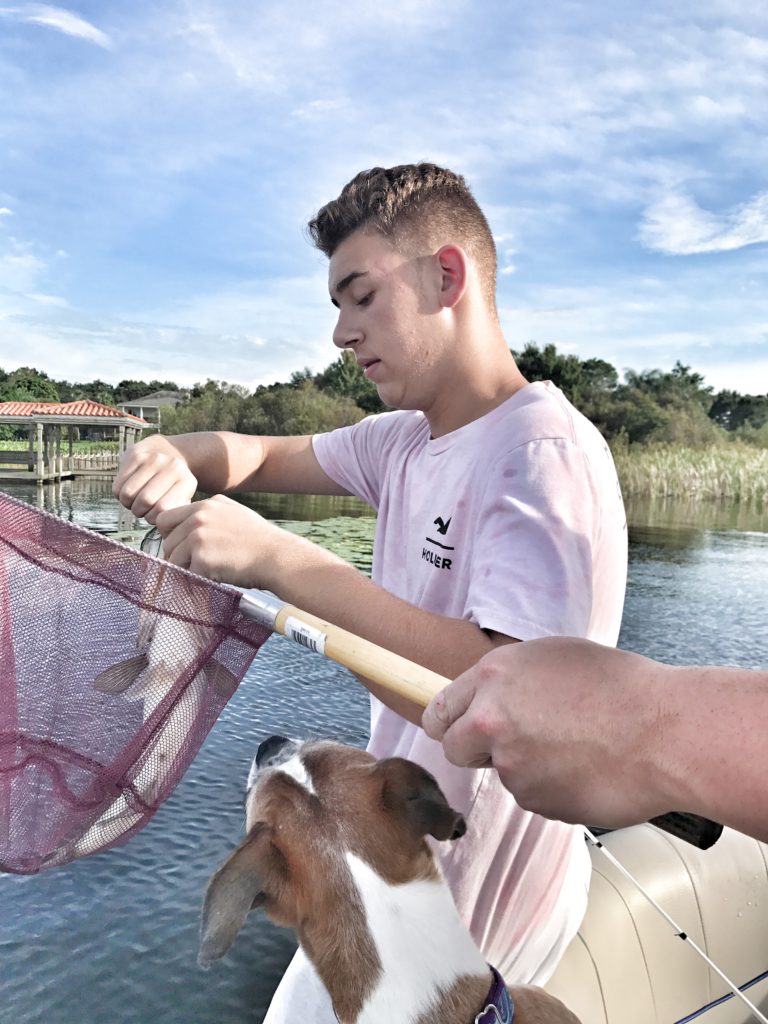 Father and son trying to help this poor bass out and unhook him. 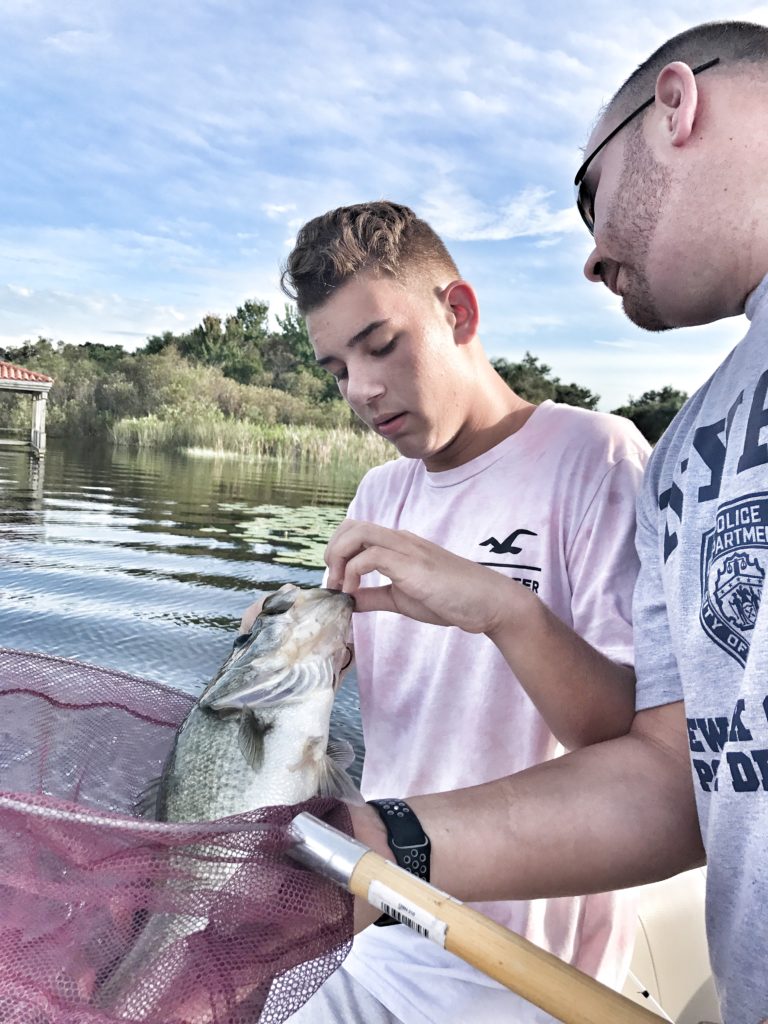 After catching the fish, we moved to another spot on the lake but we weren’t as successful. It was getting pretty hot so we took a couple of more laps around the lake and then headed in for the evening. 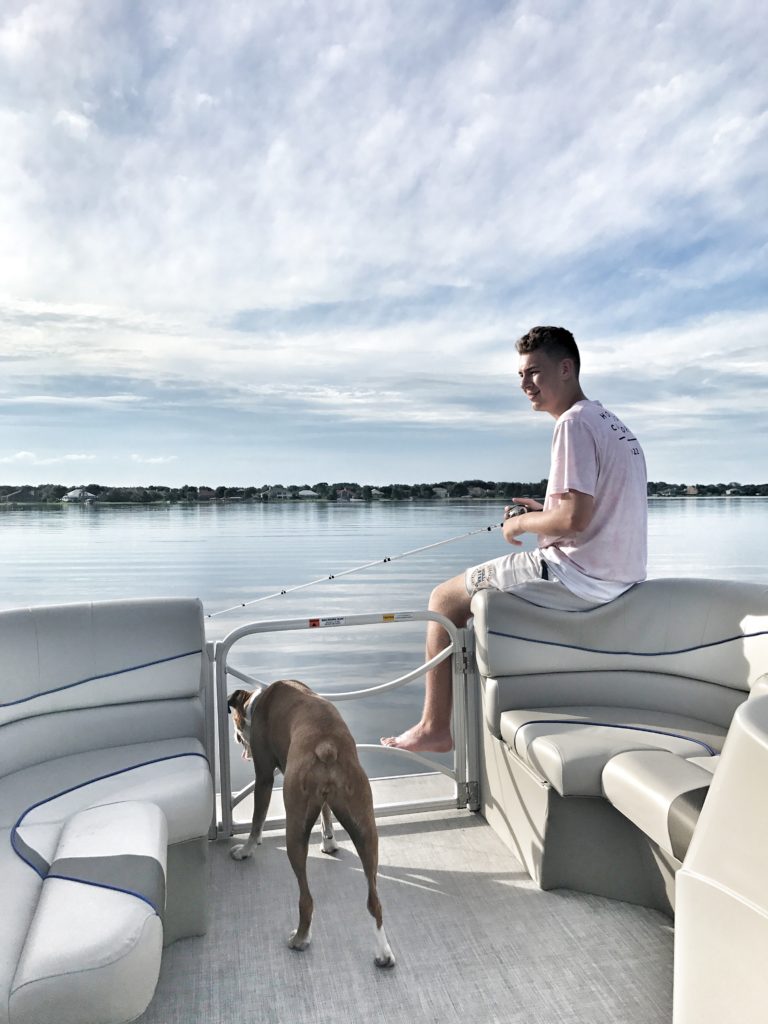 One final attempt before heading home

A couple of pictures of the beautiful view as we headed back for the night. 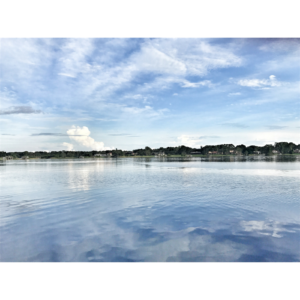 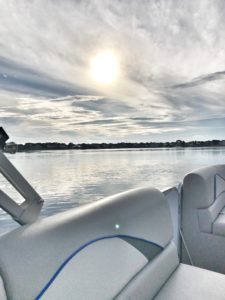 We secured the boat down as best as we could and called it a night. It was a beautiful evening; truly the calm before the storm. At this very moment we are awaiting Hurricane Irma and hoping that she spares this little piece of heaven on the lake. Good luck to everyone in Florida and everyone in the Caribbean who already has or will be affected by Hurricane Irma.

See how we are affected by Hurricane Irma.